Apron Strings and Other Things

thoughts and ramblings of a chaotic mind 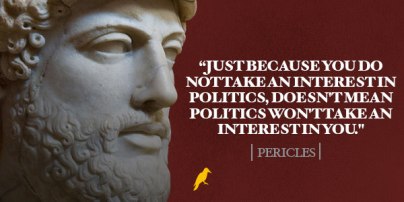 Politics. While national politics is always a loud, name calling, insane state of affairs; during the months leading up to the presidential election it escalates to a fevered pitch.  This post is not about my personal political leanings, instead it is about the process of this political season and what it should mean.

While the candidates and their rhetoric, back stabbing and flip flopping are enough to make my head hurt, it is more the mass of uninformed voters that make me crazy…and frankly a bit fearful for our future.

The privilege of living in a country where all of its citizens have the right to vote is a true blessing and should be taken seriously. Instead, many just don’t bother or they do not make researched, well thought out decisions.  These politicians will not only be representing you and your county but they will have a hand in the laws that we all live under and abide by.  Would it not be in your best interest to study the platforms and policies of each candidate and fully understand what each brings to the position they will be elected to? To do research on other countries or periods in history that had leaders who used similar policies?

This is not to imply in any way that one candidate is innately better than another. That is for the voter to decide.  As a voter, however, your job is to be well informed.  If you back candidate A, it should be a reasonable expectation for you to be able to explain why.  Don’t you think so? If you are so riled up that you need to scream and yell and protest Candidate B, you should be able to explain why when asked.  I am not talking blanket terms here. No, words like ‘Liar’, ‘Bigot’, ‘Radical’, ’Elitist’, ’Crony’, ‘Obstructionist’, ‘Fringe’, ‘Establishment’, ‘Crook’, ‘Bleeding Heart’, and ‘Blowhard’. I mean show that you know what you are talking about.  We all see it every day don’t we?

Why are you protesting Candidate A?

What makes you say that? How do you feel about his/her stance on the economy/healthcare/foreign policy?

Why are you voting for Candidate B? 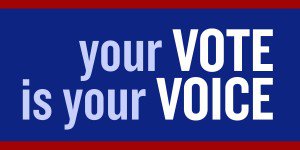 Another point to think about is those who focus solely on one aspect of a candidate’s platform without knowing or caring about the rest. Then they are shocked and dismayed when “their” candidate “betrays” them and does exactly what they said they would during the campaign.

Please people, please…listen, read, learn. Knowledge is a powerful thing. Treat the privilege of being able to vote with the seriousness and thought it deserves.

Compare and contrast ALL of the candidates. Learn what the Republican, Democratic, Libertarian, Socialist, and Green (etc.) parties stand for. What current or past governments have been run under these particular styles of leadership? How did they do? Look at our own history. Educate yourself.  Don’t surrender your voice…vote, but vote with knowledge!  Our future depends on it.

2 thoughts on “Use Your Brain to Use Your Vote”